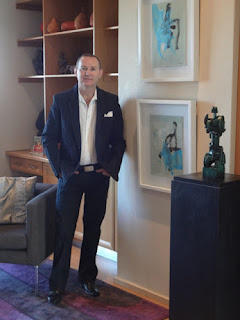 During High School, artist Hilton Edwards’ desire was to do volunteer work in Africa to help the underprivileged. However, dictated by material conditioning, he decided to pursue a career in finance and accounting instead. At 23 he gave up studying and articles. “I was in search of a higher meaning in life. I renounced the material world and western ideology and spent eight years as a celibate monk in ashrams across the world, including India.”

Hilton studied Vedic Philosophy and Religion and graduated with a B.Shastri in West Bengal. He received first and second initiation by a prominent Bengali guru, His Holiness Bhakti Charu Swami, in the lineage of Gaudiya Vaisnavaism. He spent a total of five years in India, three of which were spent on an artist sabbatical in Anjuna, Goa.

“In the mornings I make myself a cup of jogi chai, followed by Hatha yoga, offering my respects to mother earth, the sun, God, my guru, and our Vaishnava lineage. This is followed by Surya Namaskar yoga. I then to a chakra balancing for approximately 10 minutes with my ancient Boji Stones. Then I chant the maha mantra on my japa beads for an hour.”

A mixture of a bohemian and jogi would fully describes who this artist is.  “I consider myself the Damien Hirst of South African abstract Art. Anti art experts, anti mainstream SA Art. Anti ‘art’.”
Hilton is a prolific and very productive painter and is influenced by Rothko and Alberto Burri. “My favourite artist at the moment is the UK based Anish Kapoor.”

His most recent solo exhibition ‘Journey Into Abstraction’ took place at the Centurion Art Gallery in June. Hilton reveals the intrigues of consciousness, Vedic philosophy and the beauty and spirituality of nature in a variety of abstract styles.

He has received tremendous recognition and a host of accolades in a very short time. His work adorns numerous high-end spaces, including the Standard Bank Head Office, FNB and the Saxon Hotel, among others, and is prized by collectors from around the globe. He seeks to explore the organic, the imagination and the interconnectedness of everything through artful abstraction that challenges viewers to question how they perceive the world.

“I love Africa, its people, its culture.My solace is my art, and I live to produce it.” 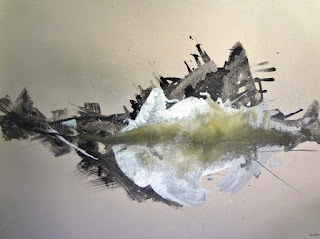 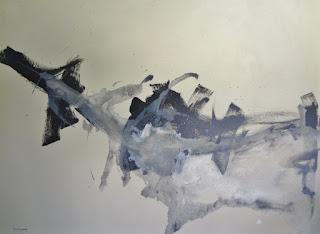 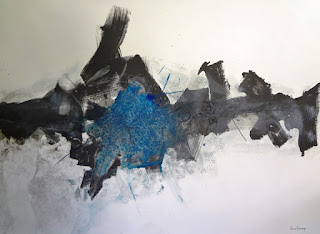