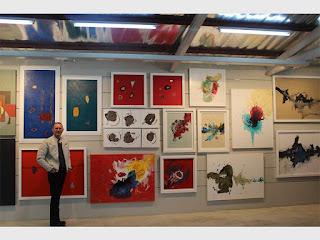 Hilton Edwards is showcasing his art collection at the Alice Art Gallery in Ruimsig.

The exhibition takes place from 1 August and ends on the 9 August.

Edwards, who has been an abstract artist for 20 years, says that he called his exhibition ‘Change of Heart’ because his art has changed since he began his artistic career. “At the beginning I was influenced by warm African colours, design and culture which I painted for about seven years,” he said.

Edwards admitted that he left behind his finance auditing studies to pursue a career in art and since then he has never looked back.

“Art is something that lies within me and I must take it out and I do this through painting. All my work is original as I don’t copy any other artist,” Edwards said.

He painted from 2006 until 2009, thereafter he embarked on a sabbatical to India. He added that even in India he continued to paint and sold some paintings. Edwards described his newer art works as being colourful, action paintings that he says are more emotional and describe his state of mind.

Edwards does not only use paint on canvass for his artworks but also sand and sack material among other variables.

“I have no formal training in the arts but always felt creative and I knew that this is what I wanted to do for the rest of my life,” he said. Edwards added that he gets spurts of energy, which drive him to paint for days on end and in that frame of mind he creates his art.

He does not title his art work and leaves the interpretation up to the observer. “Everyone sees things differently and painting is like a window to the soul,” he said.

His artworks are modestly priced because he says that he wants his supporters to enjoy his work and have easier access to it.

Edwards added that social media has helped to make art more accessible to the public. He advised upcoming artists to persevere as the art world is not easy to crack. 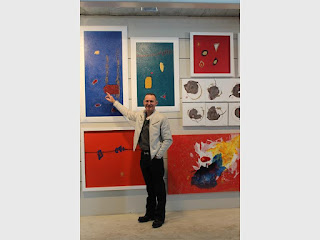 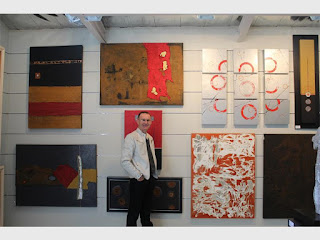 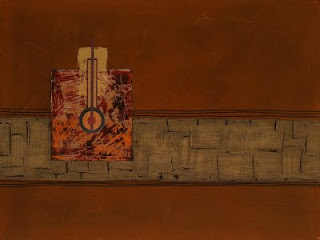 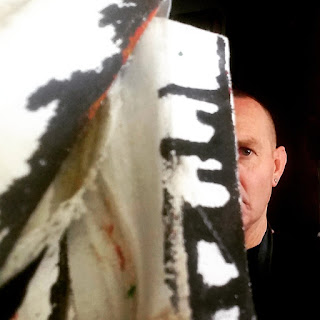